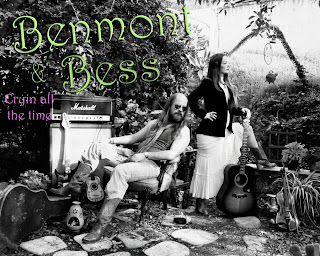 
“I had a bunch of records. I loved music. Used to play it all the time. That was something Benmont and I had in common from the beginning. He would come hang out when I was playing records. He wanted to read the album sleeves, look at the pictures. Then it got to the point where he was just playing my records by himself. He’d have one picked out and would play it over and over for days. Just sitting there, listening to it very closely. Then he’d pick up the album jacket, read the lyrics and credits and story notes very carefully. Play the album again. And he must have went through my entire collection like that. Very methodical. He would always get spellbound by things, and my record collection was deeply spellbinding to him.
I dated a number of musicians. That’s just the kind of guy I liked back then. I liked going to bars, hearing bands play. I liked the bands. This one guy I was seeing for a while, Doug, he had this band called Creature Comfort, you know, a bar band, a rock band, played a bunch of covers and stuff. One weekend they were playing a day gig, an annual arts festival up in downtown Suzy, outside, and I thought it’d be neat to take Benmont and Bess to the show. I usually tried to keep my boyfriends separate from my life with the kids. Mainly because the kids just weren’t into it. Benmont wanted nothing to do with anybody I was hanging out with like that. He liked a lot of my friends, but not anybody who he knew I was actively dating. He didn’t like any of them. When I told him we were going to see Doug’s band however, he was suddenly very intrigued. So we packed a little picnic, drove into town, settled down in the grass. There were people everywhere, it was sunny out. A real beautiful day. And Benmont was loving it. He couldn’t stop watching people come and go, but especially the band. He was watching them set up, do sound check, all that. Couldn’t take his eyes off of them. He didn’t want to eat any of the lunch I’d packed or anything. He didn’t want to miss anything.
And then the band started playing. I could just see Benmont’s eyes go round. He stood there enraptured. He was so focused on every little thing that was happening on stage. His entire body changed. I can still see his head bobbing, his muscles twitching to the music, his fingers moving in time like they were playing a guitar. It went on like this through the band’s entire set. Benmont later said he learned how to play rock and roll in that one day. He also said the band was shit, but there you go.
Benmont asked Doug to come over and bring his guitar. Doug was more than happy to. He thought Benmont was such a cool kid. He brought over a couple of acoustic guitars and the two of them sat outside on the deck and Benmont learned some chords and some chord progressions, Doug played a few songs. You could just see Benmont’s mind working so hard. All his focus on this instrument and what Doug was showing him. Doug and I went out that night, but Doug left a guitar with Benmont. I remember he didn’t really want to play until we left. He was waiting for us to leave. I got home later that night and I could see Benmont’s bedroom light was still on. And it was late. As I approached, I heard him playing the guitar, but he wasn't just hitting on a chord or something, he was playing a real song. And I could hear him singing quietly. I went close to his door and listened for a minute. He was singing his song ‘Rattle Box.’ I could hear him singing, ‘I carry every little piece of everything in this rattle box,’ and I was so struck. I remember thinking, ‘Where did that come from?’ But then he stopped, he knew I was listening. I didn’t want to distract him so I just said, ‘Goodnight, I love you.’
The next morning I woke up and he was still in his room, still playing. He’d written his first record that night. He had written all of Dizzy Face. He had Bess in there, and he was teaching her some parts, teaching her the lyrics, and she was singing along with him.
He was 8 years old.”
at 10:32 PM