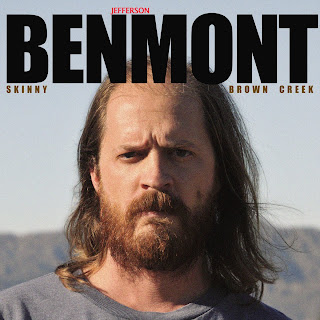 Those were simpler, more complicated times. Dingle-dangle go the notions of change in your backpocket. Your silver things, your teeth, all the things cashed in, forgotten, refused. Sunlight cleans the room, but what of you? We were blue, and then grey, and then going off to war. I can still see you there in my mind, so ragged and bold. There was a long-running joke about checking under the toilet seat before sitting down to do your business. A rural legend about the Brown Recluse, the spider. That they like to lurk, among other hidden places, in the dark cool underneath toilet seat, especially at night. And if you don't look before you seat, you might get a surprise. That's the idea we were going for. I wrote "Brown Recluse," and then a couple of the other songs, and there seemed to be just the perfect mix of folks stopping by, playing some parts. Dollar was there. Randall. Bella Rose. Even Lafe came in, dropping something heavy, something heavenly on top of "Stonewall Jimson," and then that fabled final instrumental passage of "The Battle of Troy Robinett" -- guitar like to render you new again. Lost language. I heard it, I can tell you. It was close. Breathtaking. Dangerous. I thought for a while there I was going back in time, living inside of caves, living off the land. Short-faced bears, giant cats. A group of us camped out on the face of the thing, the sheer bangered face of the Earth, living out there. But always with the Brown Recluse. The very word brown. Also the word maroon. I almost had a thought in my mind.
at 11:03 AM